Cheap flights from Hyderabad to Patna

Feeling spontaneous? It’s never too late to book a trip. Here’s our pick of the best last minute flights to Patna...Estimated lowest prices only. Found in the last 14 days.

Places to stay in Patna 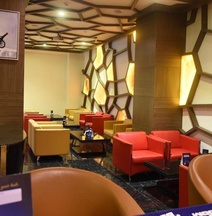 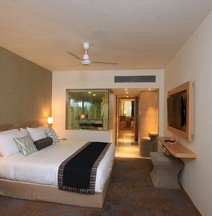 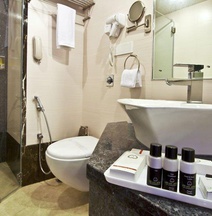 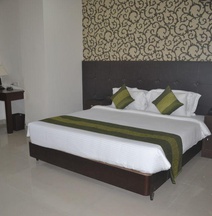 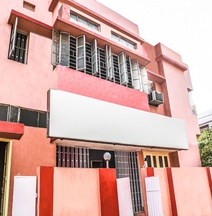 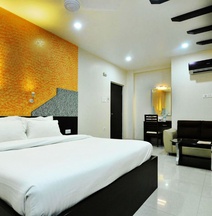 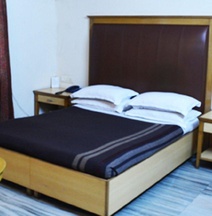 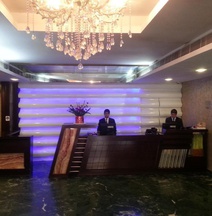 Did you know that Patna has been one of the earliest inhabited cities in the world? Yes, the capital of Bihar, known as Pataliputra in ancient times is situated on the banks of the river Ganga and has been continuously inhabited since around 500 BC.! Therefore, it isn't surprising that the city holds much to see in terms of a religious sights as well as historical sites. Patna has flourished through the periods of Haryanka, Nanda, Maurya, Shunga, Gupta and Pala dynasties and today, is one of the most chaotic cities in India. So if you're travelling from Hyderabad to Patna, ensure you have a well chalked out itinerary.

Areas of Interest to Sikhs

The Patna Gurudwara (Takht Sri Patna Sahib) is a historic monument built in remembrance of Guru Gobind Singh Ji, the 10th and last Guru of Sikhs. It is one of only five Takhats, also known as Holy Seats, of the Sikhs in India. This sacred place has been visited by the first Guru, Sri Guru Nanak DevJi as well as the ninth Guru, TeghBahadurJi, and some relics of the 10th Guru are preserved here. Other popular areas of interest for Sikhs in Patna include GurudwaraBal Lila Maini, GurudwaraGaiGhat (the oldest Gurudwara in the region) and Gurudwara Guru kaBagh, all which attract thousands of pilgrims every year.

Areas of Interest to Buddhists

Patna has no shortage of monuments that are significant in Buddhism, too. On your trip from Hyderabad to Patna, visit the Buddha Smriti Park which was inaugurated by his Holiness, the 14th Dalai Lama. Located on Frazer Road, it has a separate area for meditation, a place where some relics of Buddha are kept and a saplings taken from the Bodhi Tree at Bodhgaya and Anuradhapura in Sri Lanka. You can even visit the Patna Museum, which has sacred ashes of Lord Buddha and a beautiful statue of Yakshani, which are highlighted treasures of the museum.

Areas of Interest to Jains

Since Bihar is the birthplace of the 12thTirthankar, Vasupujya and 24thTirthankar, Mahavira, Patna has a lot to see for Jain pilgrims as well. The most sacred spot is the Jalmandir temple at Pawapuri, 60 kms south of Patna where Lord Mahavira breathed his last breath. A white marble temple markes the exact spot where his last rites were carried out, and hence, there is a constant flow of devotees to this area. Another spot, Arra which is close to Patna has many ancient Jain relics, artefacts and images that were excavated, showing that Jainism flourished here as early as the 6th century AD. The generosity of the pilgrims over the years has resulted in around 40 Jain temples being built, many of them, replicas of ancient temples.

Book affordable tickets to Patna and enjoy your pilgrimage to these religious spots once you get there!.

Airport Information for Hyderabad to Patna

Getting to Hyderabad Airport

Prices shown on this page are estimated lowest prices only. Found in the last 45 days.